Sometimes when I re-do a boat name the customer wants the same boat name with some small graphic changes. And Sometimes I’m asked to do a boat name exactly how it was before. The only reference I had with Invictus is a few photos of what it looked like before.

I tried to take a photo in the same angle the old photos were in. I took accurate measurements of the boat and transferred all the information to my design software 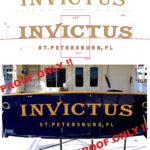 program, Corel Draw X8. I then took the new photo of the boat without the name and placed it under the old reference pictures. I then enlarged the photos to eight feet.

I found the font called “Algerian”, the same font that was used. I then placed the fonts over the photos to mockup as close as I could to the reference photos. I then took that and placed them over the real measurements I had to work with including the hatch door gaps and hinges and eclipsed the lettering along the curve of the railing. I was pretty confident that I had the same size I would just have to make sure when I installed the lettering that they were placed in the same way. 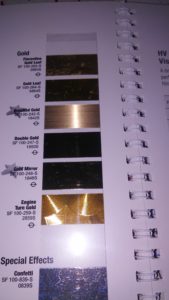 Next I wanted to be sure of the colors. By looking at the old photos, I saw them as an imitation gold and a red shadow outline. Although the customer and I did not think red was going to be a good color choice. We decided to go with a burgandy color. More like a light Merlot wine color to match better with the dark marine blue.

The two colors we went with was: 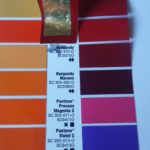 Once the material was ordered and delivered I went to work applying the graphics at the graphic studio. Each color was cut out in burgundy letters, then all the gold letters were cut out. I then placed the gold on each letter with application tape.

I scheduled the following day to install the graphics. It couldn’t have been a nicer day. It was one of Florida’s first cool fronts. Light wind, low humidity and highs only 78 degrees.

The owners were nice enough to have the hull fully cleaned before I arrived. I only had to make sure it was dust free with a micro fiber cleaning cloth. 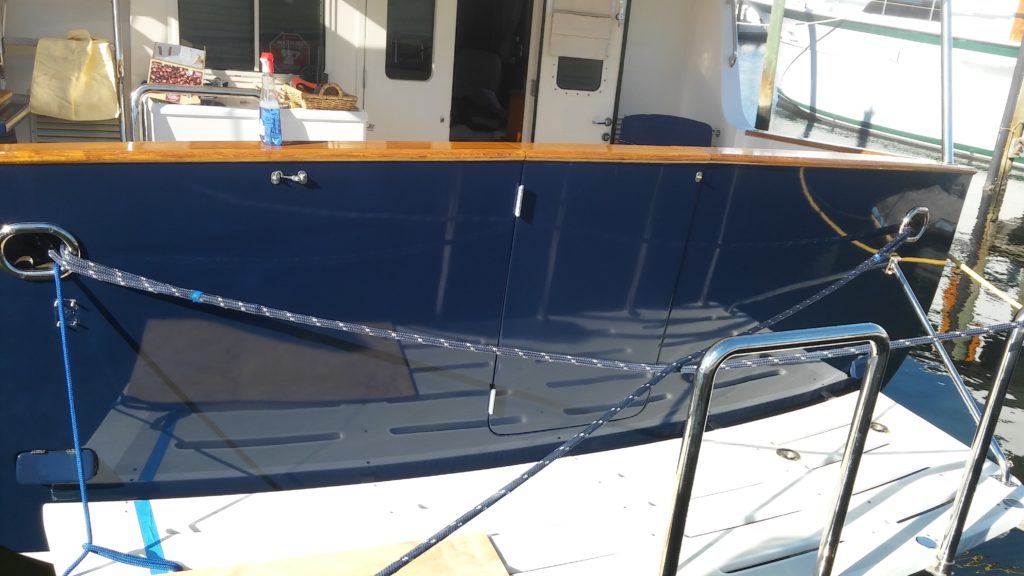 I carefully placed the graphics where they laid before. I continued to look at the old pictures and placed them just right on the hull. I stood back many times just to make sure it was in the right spot. 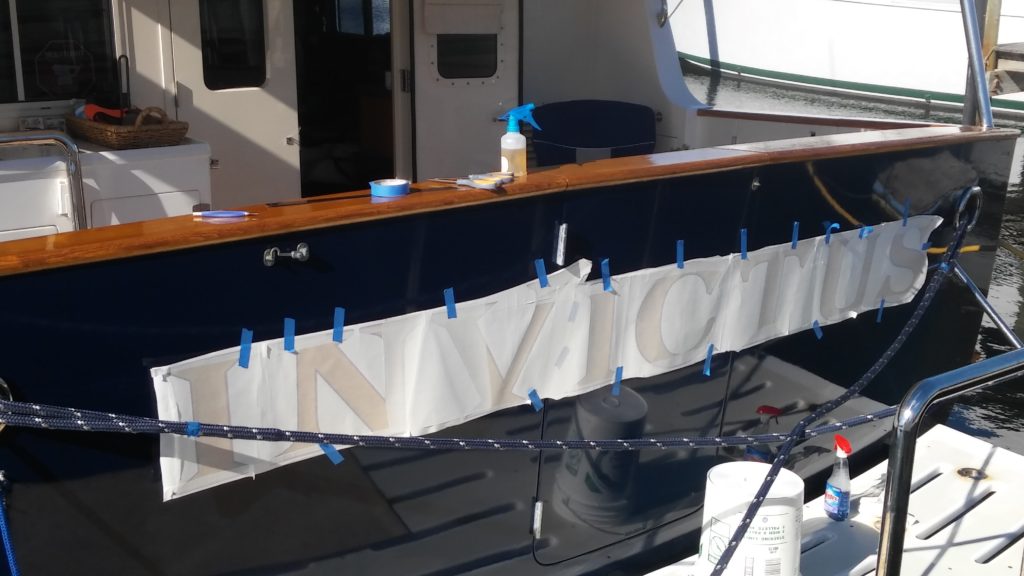 The application paper was removed and the lettering adhered to the boat very nicely as if the boat was missing them. Next I applied the hailing name or some say Port name to the boat.

After I was finished applying the last letter I actually felt that this boat was happy again. A nice breeze came by and it felt like a new life. Also at the same time I finished the last letter a drip of water came out of the doors hatch handle and fell across the letter and on to my hand. Chills came over me… And although I felt stupid for telling the owners what just happened and how I felt. I felt compelled to tell them. They simply replied back with a smile like they knew too.

I never asked why the owners choose to keep the name or why they liked such a name. But after rereading the poem again since the last time I did in elementary school, it was understandable how this name is one of the best names to have for such a strong and majestic boat,

Out of the night that covers me,

Black as the pit from pole to pole,

I thank whatever gods may be

For my unconquerable soul.

In the fell clutch of circumstance

I have not winced nor cried aloud.

Under the bludgeonings of chance

My head is bloody, but unbowed.

Beyond this place of wrath and tears

Looms but the Horror of the shade,

And yet the menace of the years

Finds and shall find me unafraid.

It matters not how strait the gate,

How charged with punishments the scroll,

I am the master of my fate,

I am the captain of my soul. 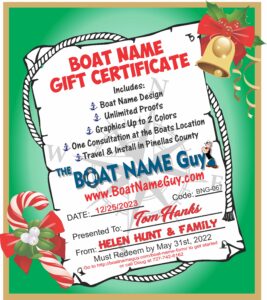